Corals (Anthozoa, Greek for anthos 'flower' + zoon 'animal' - literally 'flower-animal') are a group of marine rock-forming sting fish attached to the seabed. Their habitat is the tropical seas. However, they also find a home in the cool seas of the Northern Hemisphere. Several rare species have been found in the Polish Baltic Sea.

Durable structures made by corals have been widely used in the decorative arts for thousands of years. Coral appears in ancient Egyptian art as well as in the art of ancient Europe. 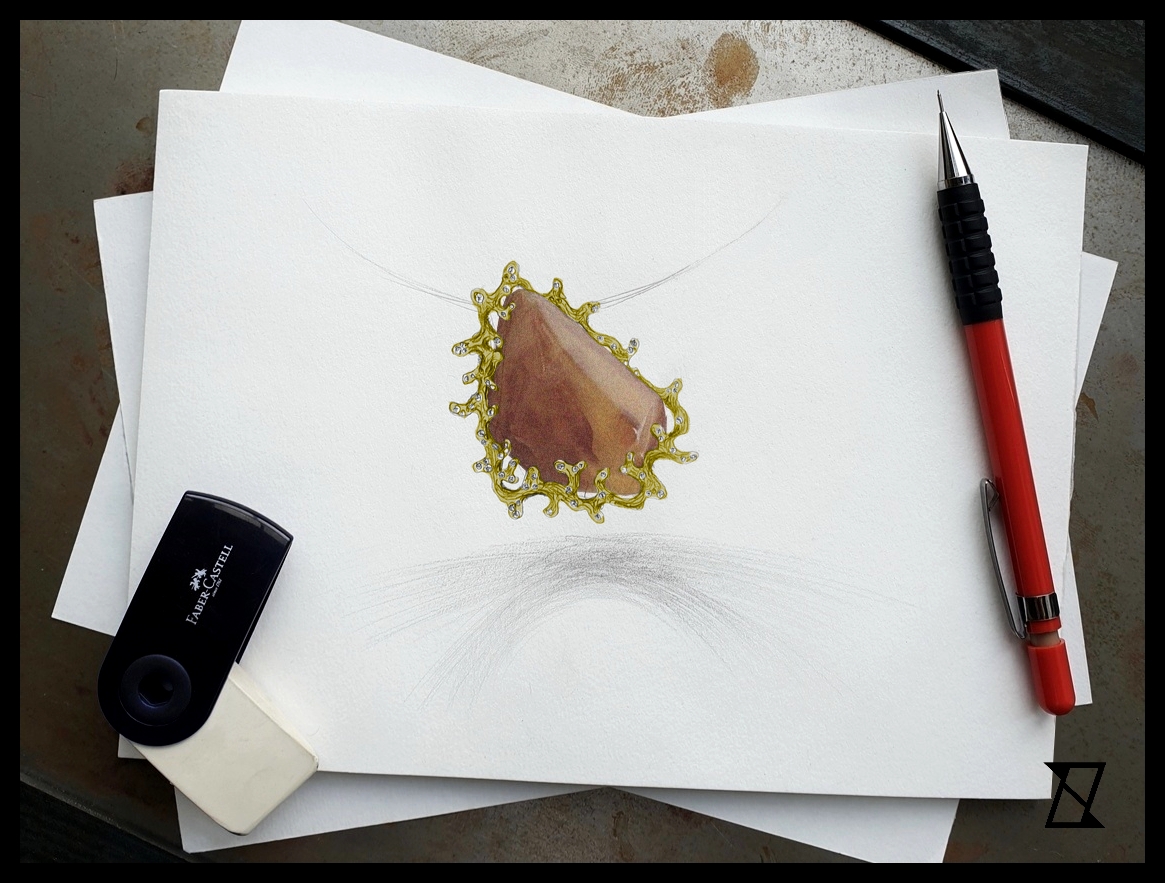 For a long time, reef destruction issues have held me back from working on a coral project. I was very happy when Przemysław Słomski from the 79th Element company specializing in the sale of investment gold contacted me. At the meeting, he presented me with magnificent piece of amber from the Baltic Sea. I immediately thought of a necklace design where the resin stone would be surrounded by coral.

However, in order not to contribute to the destruction of the environment, we have agreed that the coral will be made of gold. Because of this, it perfectly matched the colour of the amber and allowed for a freer form. For the project, I analysed the anatomy of live corals and the calcareous structures that make up the reefs. After the drawing was approved, I started to implement it.

The main frame was perfectly matched to the baroque shape of the stone. Then the amber was enclosed within it without the use of glue or other auxiliary methods. The composition was completed with diamonds embedded in a golden coral. The photo session with the necklace took place in the picturesque Wojanów Palace.