Emerald is a very rare and highly valued variety of beryl. Its name comes from the Greek word "smaragdos" - green stone. This mineral has been used in jewellery since ancient civilizations such as Egypt, Persia, and Arabia, as well as in the Maya, Aztecs, and Incas. It is safe to say that it is one of the most sought-after gemstones today, with high-quality specimens reaching sky-high prices. So why look for an alternative to what is already considered the best?

First of all, buying a good quality emerald is getting more and more difficult. There are many tricks used in the world of gemology to correct stones in terms of purity and colour, and emeralds, due to their value, are the most likely victims of treatments that are very often not disclosed on sale. What's more, there are more and more companies on the market that are able to grow herbal hydrothermal beryl that resembles the natural one. Then it is bought by traders who skillyfully cheat their customers, ignoring the question of its origin. Only after costly tests, in a technologically advanced laboratory, such as HRD in Belgium or GRS in Switzerland, is it possible to diagnose the synthesis.

Another dilemma is the physical properties of the emerald. Due to the conditions in which it is formed, this mineral usually has many inclusions that significantly affect its transparency and durability. While low transparency is a typical feature of natural green beryl, the brittleness issue resulting from the number of cracks inside the mineral has a large impact on its usability. It is easy to damage it when setting it in jewellery, or even chip it during use, especially when it is embedded in an open frame, in a ring worn every day. The above-mentioned problems, and the prices of transparent emeralds, meant that competition appeared unnoticed.

In 1967, on the border of Kenya and Tanzania, British geologist Campbell R. Bridges discovered Tsavoryt - a grossular of the silicate group, emerald green in colour. The name was proposed in 1974 by the Tiffany company in honour of Tsavo National Park in Kenya.

This mineral, in addition to its beautiful green colour, has a very intense glow, resulting from the high refractive index - 1.74, while the emerald - 1.57. Moreover, it has twice the dispersion - 0.028 (emerald - 0.014), which results in a much better brilliance. Taking into account the above arguments, I encourage my clients to use this exotic mineral for their engagement jewellery. 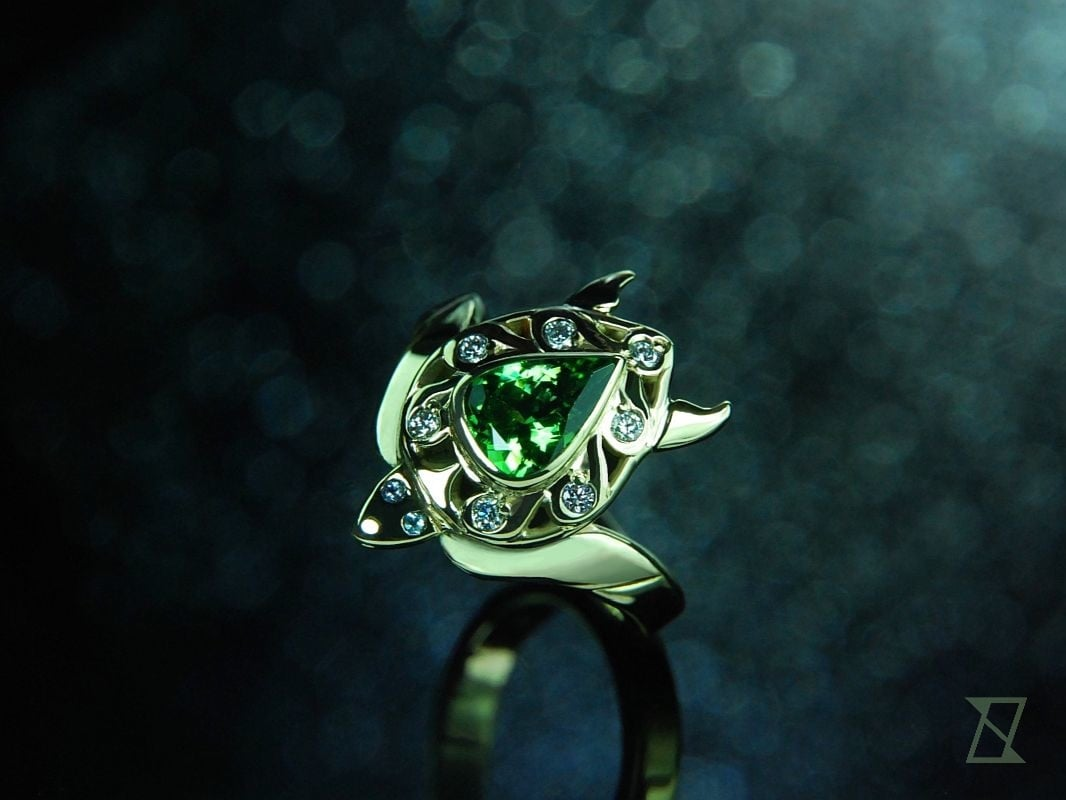 What is white gold?

In the past, white gold was an exotic material available only to the elite. Today it can be found in any jewellery store. But is it really white gold?

What ore to choose?

The basic criterion when choosing jewelry is the preferences of the person who will wear it. However, each alloy has its own properties that can help you make the final decision.