The Siamese fighting fish is an aquatic animal with a combative disposition. They wage frequent battles for territory with other individuals of the same species. The fight consists of several phases…first, the opponents flex their fins, followed by a tail fin attack and biting. In their attacks, they target the other fish’s long dorsal fins, which, when damaged in combat, cause the fighter to lose the ability to move freely in the water. At the end, the fish interlock with their mouths, trying to prevent each other from breathing. Dominance over other fish creates a hierarchical structure among this species. 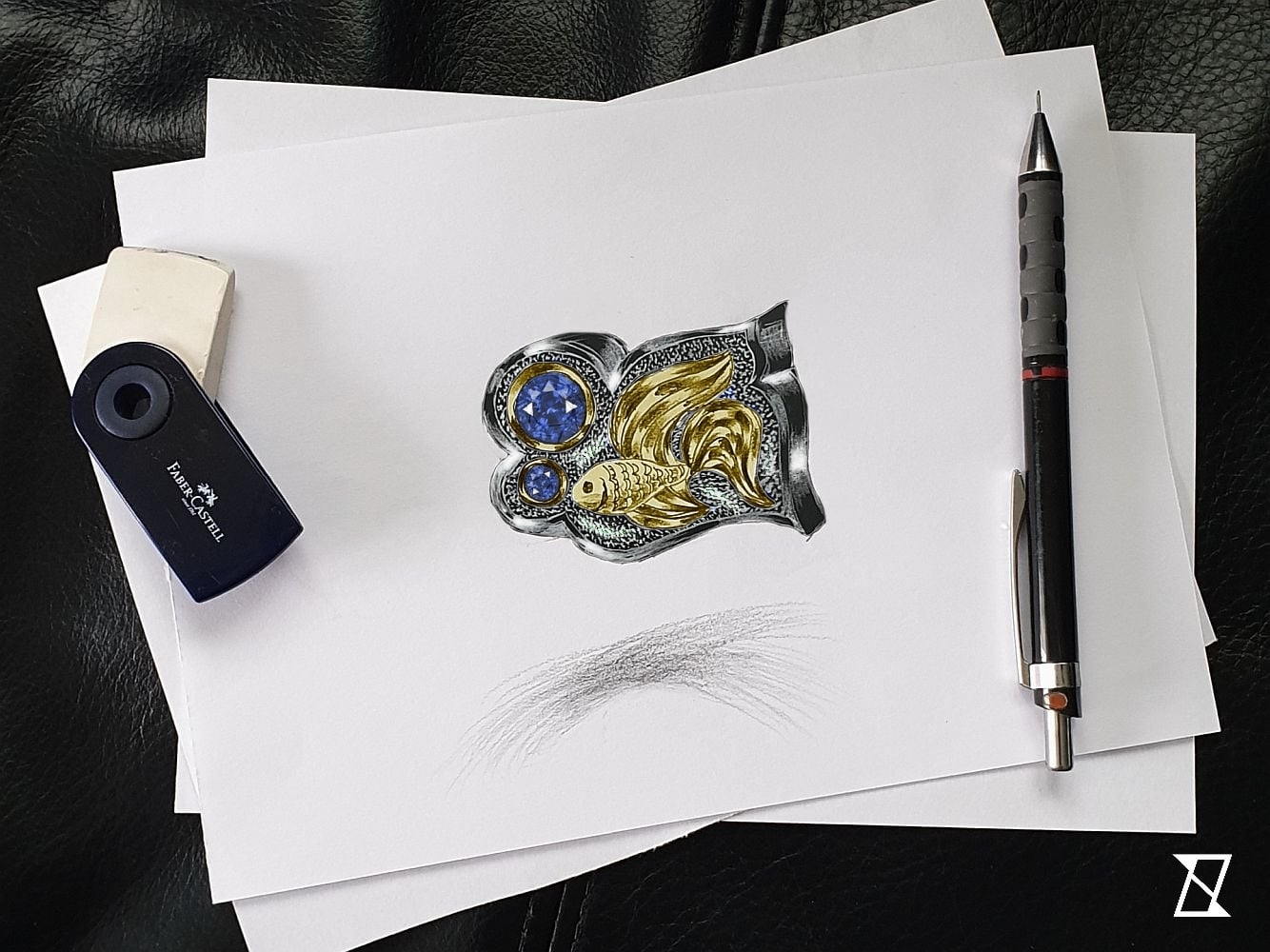 This interesting symbol inspired me to design these cufflinks. I started with an initial drawing that required additional modifications after meeting with the client. Then I carried out a series of tests, attempting to combine two ores - yellow gold and black silver. When I achieved the desired effect, I found a set of sapphires in Sri Lanka. Then I worked out the clasp and all the elements were put together. The stones were set in 585 gold. 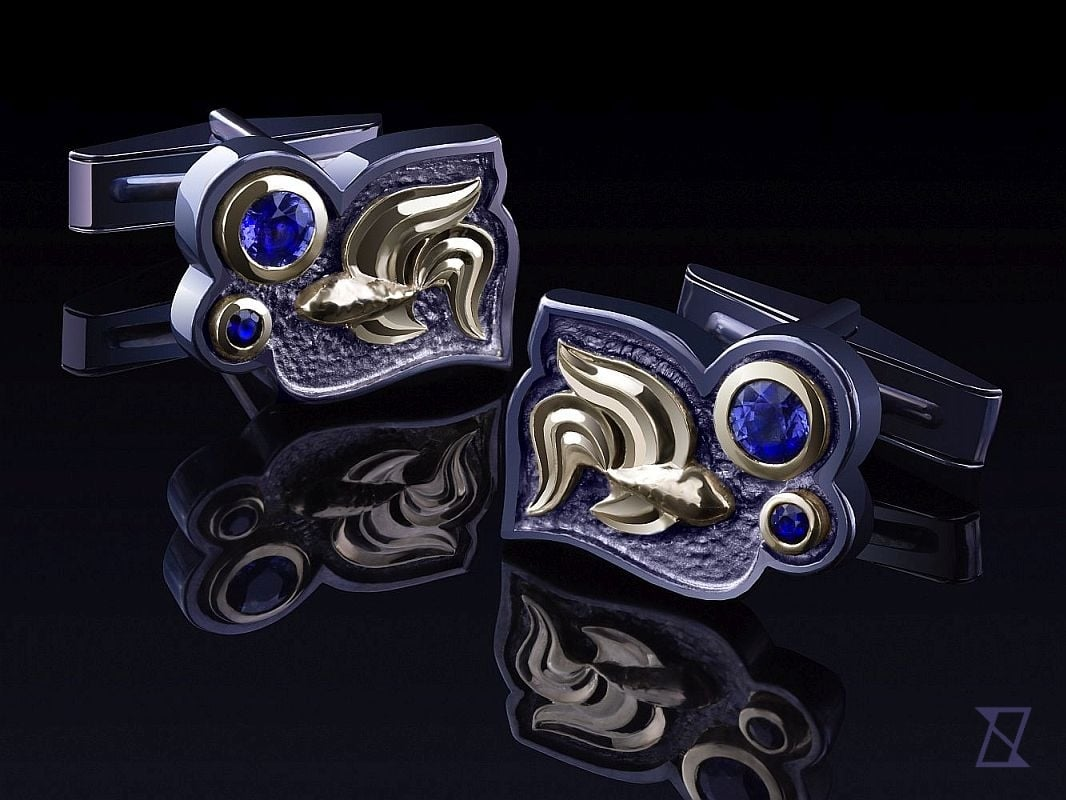