Mr. Jacob is a returning client whose attention was originally drawn to my floral designs. In the course of my work, I have often been influenced by forms from the world of fauna and flora. However, after conducting an interview and presenting a few concepts, we started to wonder if this was the right direction. Mr. Jacob wanted to include a bolder message in his wedding rings, referring to the strength of the feelings shared by himself and his spouse. 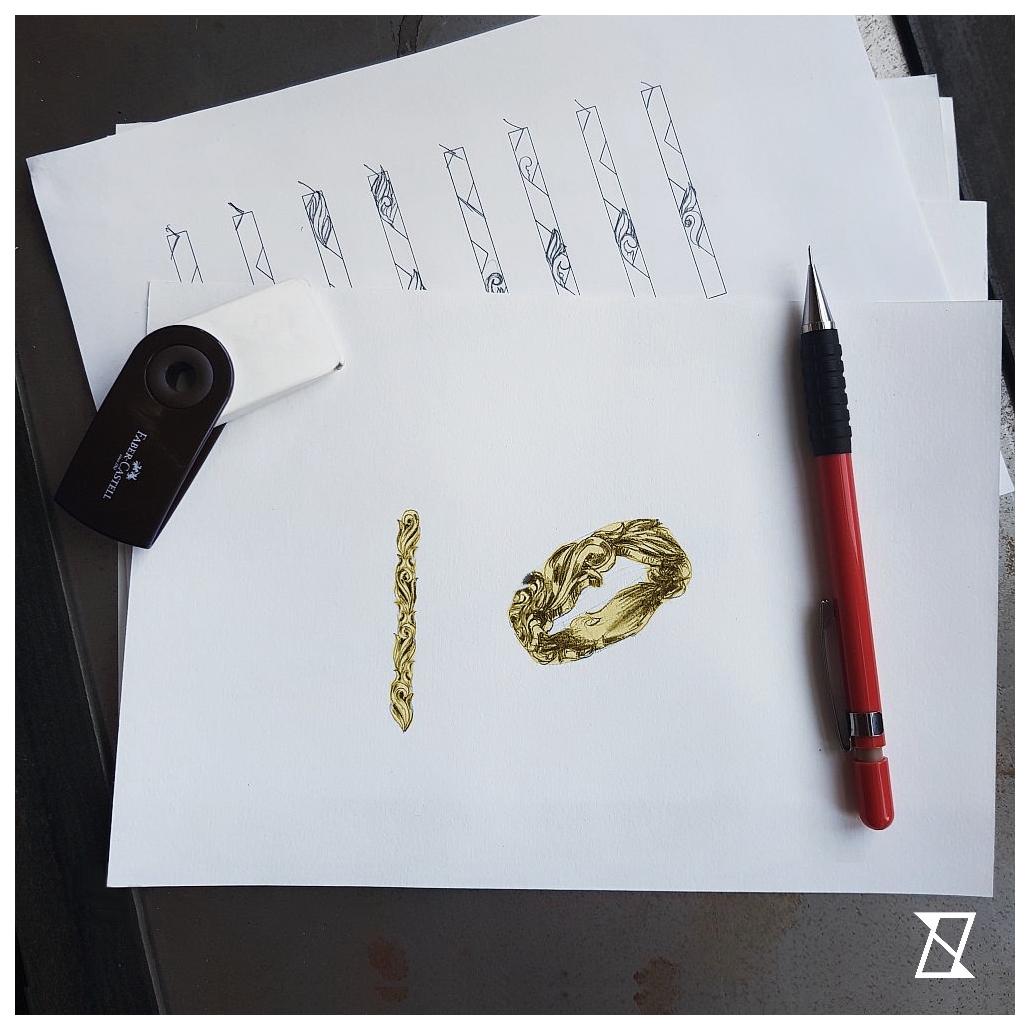 After analysing the different options, I decided to present Mr. Jacob with my project of 'the fire of love;. The arrangement of the flames is reminiscent of a plant relief, which enables the openwork pattern to be read in two ways. The women's wedding ring was completed with a rainbow topaz set using the pave method. This kind of stone was previously used in an engagement ring.

Then the whole thing was decoratively engraved to give a three-dimensional feeling and polished to a shine.

I invited Light Laboratory to take a studio photo of the rings. It is currently one of the best jewellery photography companies in the world, working with such uncompromising brands as Ichien, Izmestiev Diamonds, Argau and Ilgiz F.